Facebook has recently pushed a new version of what’s app which has improved functionality and two new features to get excited about. 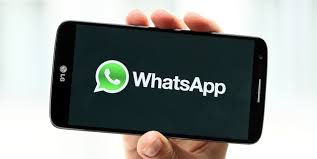 The new features of What’s app includes a very interesting feature that everybody will find useful, that feature is to reply the sender directly via the notification itself without opening the app. This feature is like the floating bubble feature that we see in facebook messenger, only instead of bubble we have to tap directly on messege in notification panel. 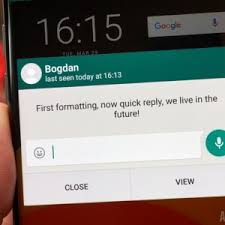 The second new feature looks like facebook has got some inspiration from MS Word, the new feature is that now you can add bold and italics effect into your messeges. Another is the strikethrough which enables you to strike any word or any sentence that you would like. 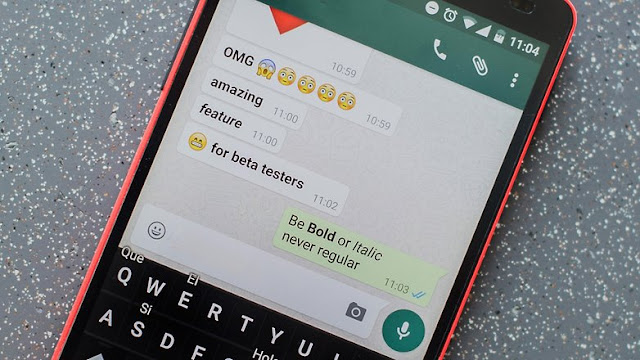 Now you’re probably thinking “ok I know now what these features are but how to use them?”, well in that case don’t worry I am still here.
The bold function can be used by adding asterisk (e.g. *bold*) to the both ends of a word or sentence. The italics can be written by adding underscores (e.g._italics_) on both ends of a word or sentence. The strikethrough function can be used by surrounding words or sentences by tildes (e.g. ~strikethrough~).
These new features are available both in Android and IOS what’s app versions. The version for IOS is 2.12.17 or later and for Android it is 2.12.535. The link for android based what’s app version is as follows click here.
Many fancy variations can be brought by combining and mixing the above three features. The only thing you’ll be needing is creativity!!!!